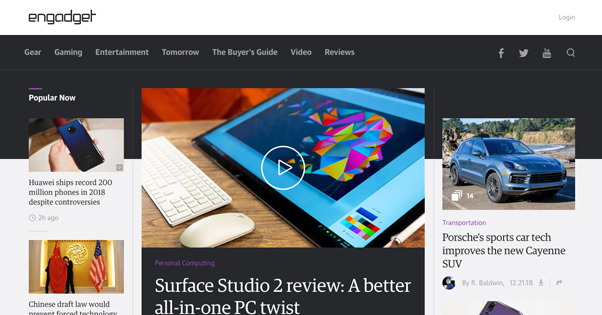 Engadget is a former member of the Gizmodo network of various identical niche blogs. It was founded in 2004, and became part of the AOL-owned network of blogs in 2005. Their editor in chief left in 2011, and they had a lot of ups and downs since then. Today they have moved away from the signature Gizmodo look and feel.

In the background, AOL was purchased by Verizon, and Engadget was spun off to be part of Oath, part of Verizon’s content network. Oath is scheduled to rebrand in 2019 to the Verizon Media Group.

Engadget itself is a technology focused blog. Viewing their front page right now (as of this writing) shows stories about Microsoft’s decision to move Edge to the Chromium engine, some drama surrounding Elon Musk, a few stories about acquisitions in the tech world, an interesting historical look at predictions about computing, a random giveaway, and a story about Street Fighter V and its in-game advertising plans.

This is all pretty typical for a broad-spectrum tech blog. Their main categories are divided up into Gear, Gaming, Entertainment, “Tomorrow”, a Buyer’s Guide, Reviews, and a section specifically for video content. The Tomorrow section is focused on the cutting edge of tech and the future of science. It includes content like the Mars InSight rover, analysis of machine rebellion in fiction, and AI.

As far as guest posting is concerned, Engadget is a little strange. They have two different ways of seeing guest posts. One is via their tagging system, and one via topics. The Tag system seems to have been used almost entirely by a small handful of writers who contributed solely content about World of Warcraft. The latest post in this section was published in 2010, almost a decade ago, so it’s not worth considering. 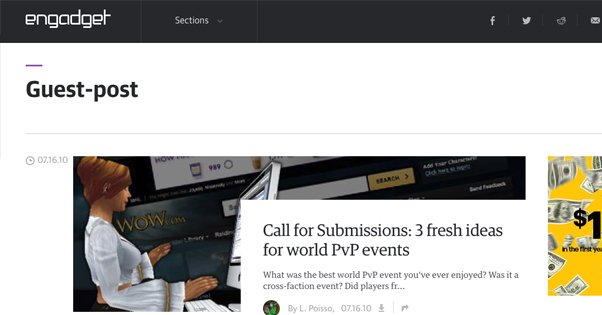 As for the topics system, anything with the topic of Guest Post ended up there. It also shows a lot of World of Warcraft content, but also content about gaming hardware, and a few other scattered posts. Again, this seems to have been used by the same few authors and was most recently used in 2011.

A site search for guest posts shows a few other pieces of content, like this post about app updating from an app developer. It was published in 2013.

All of this leads quite reasonably to the question: does Engadget publish guest posts today? It’s 2018, leading into 2019; six years have passed since the last publicly flagged guest post. Either Engadget has changed the way they disclose guest writers, or they no longer accept guest contributions.

Engadget has two different “write for us” posts that I’ve managed to find. One of them is from 2010, and the other is from 2011. Both of them also seem more focused on hiring an editor than they do taking on guest posts. 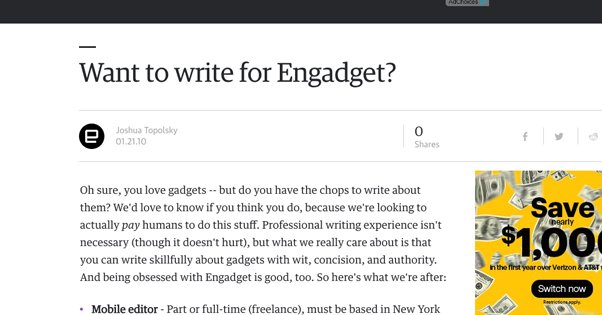 Once upon a time, Endgadget also had a community contribution platform. If you’re familiar with the way The Huffington Post used to have a contributor portal, this worked in a similar way. Community members could post content interesting to them, and the site administrators could choose to promote some of that content to their main blog. This was Public Access, and it too shut down, much like HuffPo’s version.

Right now, the only way I can find to leave your contributions directly on Endgadget is to leave a review of a particular piece of technology that they’re actively soliciting reviews for. For example, right now you can visit the Google Pixel 3 section of their Buyer’s Guide and leave a review. 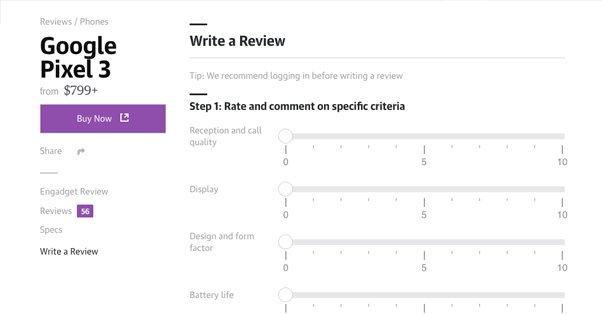 Unfortunately, this isn’t a very good way to “guest post” on the site. For one thing, it’s not a post, and you don’t get much benefit from it. It’s very much a review system. To even see your review, a user needs to find the product in question, then click to read more reviews, then click to user reviews. It’s very hidden by default, because Engadget prioritizes their own reviews and then the reviews of big-name sites in the tech niche first.

Plus, once you’re finally reading user reviews, all you get is a name – with no byline, no link, and no profile – and a few short paragraphs of information. It’s a review, not a post, and it should be treated as such.

AOL’s User Voice system is a suggestions system AOL used for all of their blog properties. Users can submit ideas to the site, ranging from bug reports and compatibility or display issues down to corrections on posts or pointing out typos. Engadget’s version of that system is here. 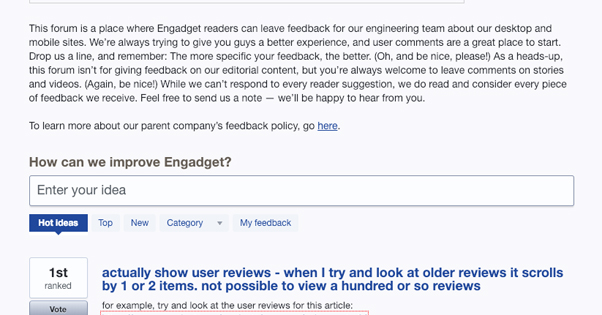 Despite still existing, User Voice is an AOL property and, frankly, I doubt it’s still really monitored. You can’t actively browse submitted ideas, and submitting one of your own just languishes in the void. It’s probably a legacy feature that is just more work to remove than it is to ignore, and we all know Verizon is all about minimal effort in their holdings.

As far as I can tell, there are three ways you can contribute to Engadget today. Let’s talk about the options.

It’s worth noting here that normally I would include one of those freelancer sites like People Per Hour or Fiverr, with sellers who claim to get you published on X major site. Unfortunately, those options have dried up entirely for Engadget. I can’t find any at the usual haunts, at least, and that indicates that Engadget is harder than ever to write for.

Engadget does not have a form where you can pitch ideas, a modern article on tips for submitting guest content, or really any sort of contact process at all. In fact, there’s no section for any sort of contributions whatsoever. There’s no write for us section in the footer, nor is there even a contact page. The FAQ just brings you to the general Oath terms and policies.

In fact, a lot of the spinoff properties of Engadget have been somewhat ignored recently. Their Tumblr account hasn’t posted anything since January 2017, though it’s still linked in their footer. They’ve kept on top of the major social networks, at least.

The manual submission route is the one you’re most likely familiar with if you’ve read much else on this blog. The process goes like this:

Frankly, the chances aren’t all that great. Any guest contribution would need to be flagged as a guest contribution if you were to get any attribution or byline at all, which means you’d be able to find it in their site search or in a Google site search. Since no such content exists, I’m forced to assume that guest posts are wildly uncommon. 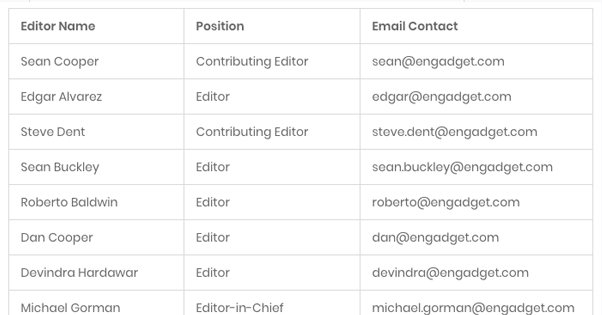 That’s not to say you’ll find it impossible. You can always look around and give it a shot. The worst that can happen is the editor tells you “no, we can’t accept guest posts at this time” and you’re exactly where you were when you started.

If you want to try to submit a pitch to an editor or writer, go ahead and give it a shot. In fact, if you get in, let me know in the comments so I can amend this post. If you want somewhere to start, this post seems to have contact information for some people at Engadget, though not all of them actively work for the site today. You can also try here.

Interestingly, crawling back through the last week or so of posts on Engadget, more than 70% of them are published by one man. Jon Fingas, associate editor, seems to be by far the most prolific writer.

In fact, if you dig in a bit, almost every piece of content on Engadget is written by one of the people with “editor” in their title. I don’t know if this means they have writers who write for them but publish under an editor’s account or if Engadget has fired everyone except their editors, but it doesn’t look great.

The second potential option is to publish content on one of the sites that is occasionally published on Engadget as a syndicated post. This has a few possible benefits and a few big drawbacks.

The first major benefit is that it becomes a potential two for one. You get published on Site 1 and Engadget syndicates it, so you have two guest posts on two prominent domains for the effort of publishing one. It’s a great level of efficiency and potential traffic. 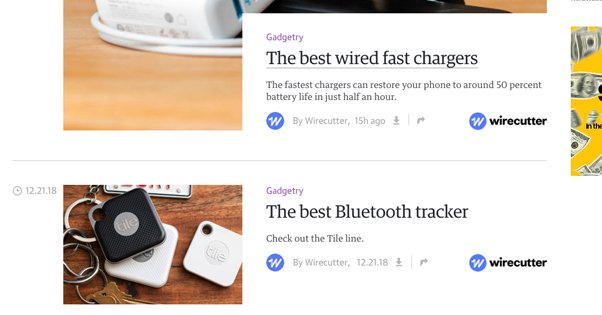 Another benefit is that many of the sites that syndicate on Engadget are somewhat easier to get into than something like Engadget itself, especially in light of option 1 where Engadget is fairly clearly not accepting new guest contributors.

On the other hand, it means you have to find these sites and get writing published on those sites, AND you have to somehow write the kind of content that will be syndicated over to Engadget, which is a very narrow subsection of content. Here’s one example: the Wirecutter syndicates on Engadget. You can view Wirecutter directly and see the content they publish, and estimate your own chances for using them as a vehicle to appear on Engadget.

Plus, when that content is published on Engadget, it will be attributed to Wirecutter (or whatever other site is publishing), not your own byline. You get a “by Author Name” line under the title, but it’s not linked and doesn’t give you much benefit at all.

Scrolling back, the only other blog I see recently that has posted for Engadget is Autoblog.

Engadget is a mess of legacy information. They have an FAQ hidden deep in their About section, and one section of the FAQ talks about them hiring. It links to an AOL careers portal. Except, the link takes you to a Yahoo page, which itself is broken.

In fact, if you want to work for Engadget, you need to apply to Oath. You can view all of the “content and editorial” job openings here. These range from Yahoo Finance and HuffPo to Oath itself and various global offices. At the moment, it doesn’t seem to have any openings for Engadget. 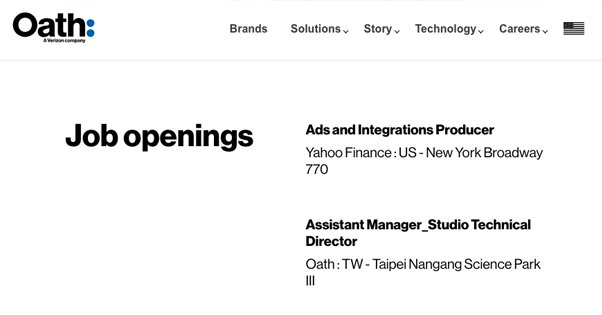 Of course, if you’re looking for a sponsored post rather than a guest post, you an always pay to advertise on Engadget. You’ll end up with a feed that looks something like this, and who knows how much all of that cost.

At the end of the day, though, it seems like Engadget isn’t really open to submissions. You can try, and it’s entirely possible you might be able to pay your way in or convince one of the editors to publish something with a link to you, but the traditional style of guest posting is pretty definitely out. Feel free to prove me wrong, and let me know in the comments if you do, but based on the research I’ve done, I don’t see a way to get a guest post published today. 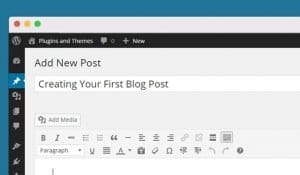 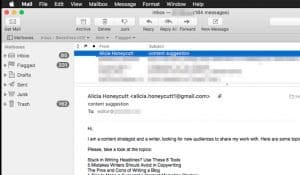 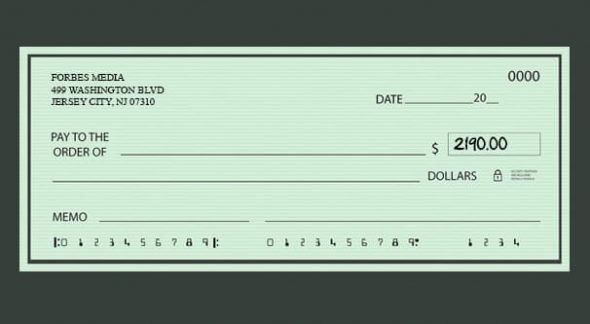 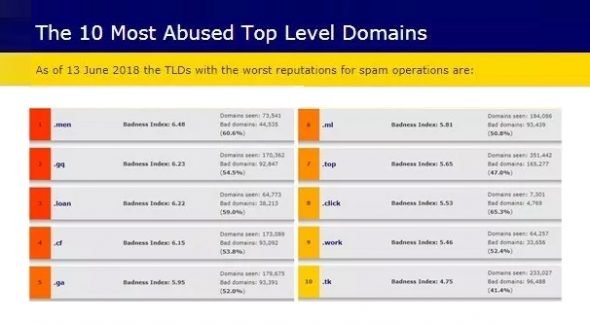